Will Jesus Make Me Rich? 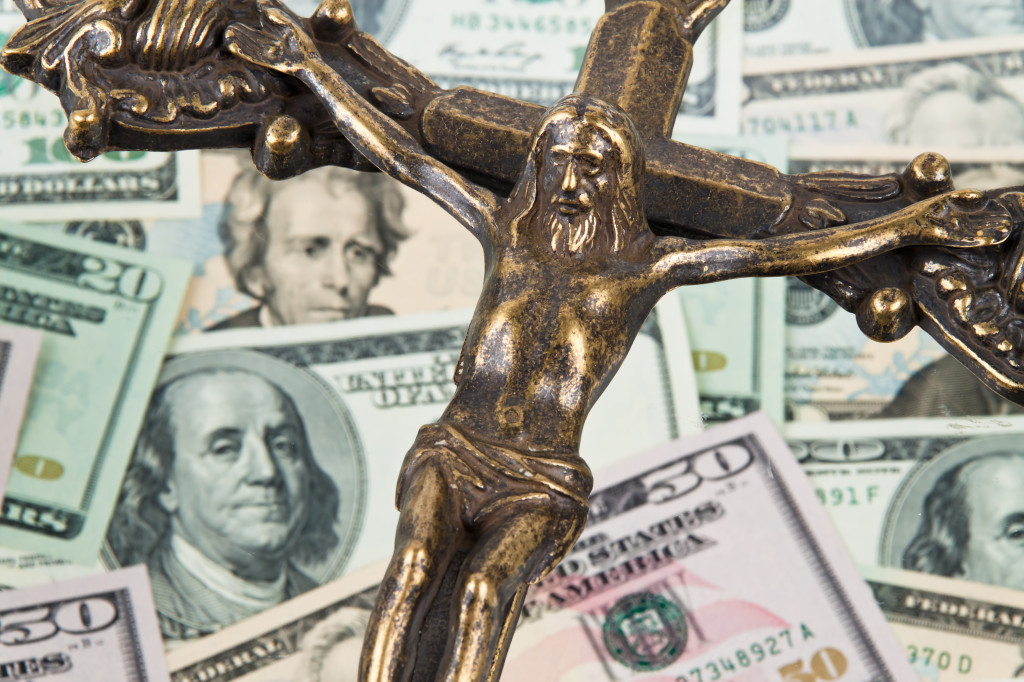 Will Jesus Make Me Rich?

America has long been the land of opportunity and for many years it was also considered a Christian Nation. I grew up like many believing the reason America was the richest, most powerful nation in the world was because we were a Christian Nation. Now that we are no longer a Christian Nation is it a coincidence we are also collapsing like a stack of cards? The messages in the bible can be very confusing so I’d like to break down a few misconceptions many people have in today’s day and age.

In the bible there are two covenants, the old and the new.. It doesn’t get much simpler then that but it has created a lot of confusion.  For example:

1Praise the Lord.
Blessed are those who fear the Lord,
who find great delight in his commands.
2Their children will be mighty in the land;
the generation of the upright will be blessed.
3Wealth and riches are in their houses,
and their righteousness endures forever.
4Even in darkness light dawns for the upright,
for those who are gracious and compassionate and righteous.
5Good will come to those who are generous and lend freely,
who conduct their affairs with justice.

Hmm, sounds like God blesses those who please him with money to me; but wait!

The New Testament says in Matthew 19

21Jesus answered, “If you want to be perfect, go, sell your possessions and give to the poor, and you will have treasure in heaven. Then come, follow me.”

22When the young man heard this, he went away sad, because he had great wealth.

25When the disciples heard this, they were greatly astonished and asked, “Who then can be saved?”

His Disciples were astonished because the Old Testament taught that God blessed the righteous with wealth.

So which one is right?

Well, they both are right. You may be asking how two opposite ideologies could be right but it’s really quite simple. Jesus is not Santa God, running around throwing gifts on those who are nice and give coal to those who are naughty. He’s also not the “Ticket to a wealthy life” as many multi level marketing companies like to teach.

The best way to explain how they both are right is to tell you how being a Christian has affected my life and business. I am by no means close to being a rich man in American standards but I have a beautiful wife and three amazing kids along with a business and a nice place to live in. My needs are taken cared of and my relationships are fulfilling. Wealth to God is more than money, true wealth to God is a life filled with joy and a heart refined by fire. That doesn’t mean a Christian won’t get wealthy, but if he or she does it will be a byproduct of living a good life and being the best they can be at what they do. I consider myself wealthy in all the areas that matter except for monetarily.  At the same time, when a person is bankrupt in their relationships and has a heart that’s never been tested because they run from their problems, it’s nearly impossible for them to ever attain true happiness, which is true wealth. They have more money than they can handle and think they can literally buy their way out of every situation. They forget about God, grow callous in their hearts and in the end have bankrupt souls.

So, will Jesus make you rich? Yes, but not in the way most people think of it. When you live your life as a Christian business owner and not as an owner that happens to be Christian the by-product of your beliefs will produce a business that has integrity, compassion and a never ending need to be the best at what you do. Profit is the inevitable result of a healthy business, and hopefully by the time God blesses us with that, we are ready to be used as good stewards of God’s riches.

By: Todd Marinshaw. Todd owns and operates a sportswear business based in Orlando, FL and recently founded iPrevail, a non profit organization focused on relief and rehabilitation for victims of disasters such as Typhoon Haiyan