Why Byron Scott Failed As A Leader 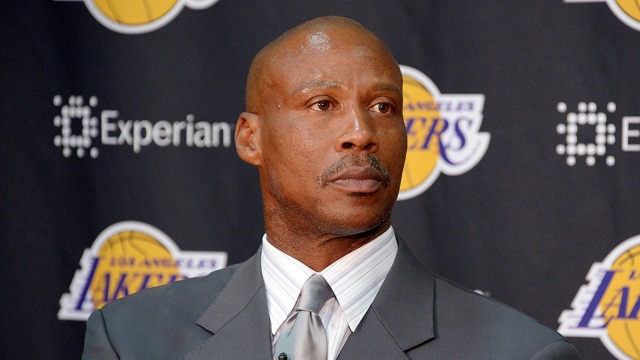 Lets face it, when it comes to leadership we have all failed. In fact, without failure it is impossible to become a good leader. Failure is the greatest teacher and if you are humble that teacher will make you a good leader one day.  This leads me to Byron Scott, the now ex-coach of the Los Angeles Lakers. I have watched this team since I was a kid and I’ve never seen anything like the train wreck the past two years has brought to the Lakers team. The dysfunction on and off the floor was something you wouldn’t even believe in a movie, whether it was Russell taking secret videos of his teammates, or the team getting blown out by 40 it was hard not to watch this incredible train wreck. Coach Scott was responsible for this wreck just as much as Captain Edward John Smith was responsible for sinking the Titanic. The team was not very good and the players were too green but what this team suffered from the most was lack of leadership. There are three key areas he failed in that any leader can learn from. 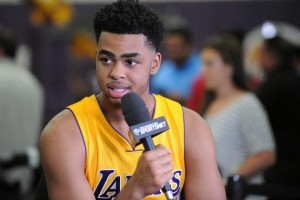 Lack of Humility – This may go against conventional wisdom because most of our great athletes tend to not have a shred of humility. As Kobe Bryant once said, “There may not be an I in team but there is in win”. This may work as a player but as a leader the biggest trait you must have is the humility to see your faults and change. Coach Scott liked to call others who disagreed with him stupid, he publicly chastised his players and blamed every loss on his team. It’s no wonder he had issues communicating with his players. Because he thought he was better than everyone else nobody stepped up to help him.  The players growth was stifled and he never developed a young leader to take over the reigns. In short, Scott coached with the same arrogance he played with. When I think of another athlete that never learned humility and has failed in the sport he loves so much Michael Jordan comes to mind. He has to be one of the the worst executives of all time and there is no reason for him to have that distinction other than his belief that he is better than everybody else.

No system – Coach Scott failed to set up a system within the organization that everyone would follow, a brand bible so to speak. When running an organization, whether sports or corporation, the first thing you must do is set in stone your core principles, what you’re trying to accomplish and how you’re going to get there. The past three years the Lakers have had no direction in what kind of free agent to pick or what kind of player to draft. Because they have no system, they don’t know how the pieces are supposed to fit together. People talk about how LaMarcus Aldridge walked away from his first choice Lakers because of analytic’s, but that really had nothing to do with it. When he showed up to he was blown away that the Lakers had no idea what they were looking for, how they were going to to play and how they planned on getting there. They tried to distract him by bringing in advertising firms and letting Kobe tell stories about his glory days.  Not only was this stupid but it let him know this organization was a hot mess and led to him practically running out the door. Every great coach has a system and a way of doing things in which he’s able to plug the right kind of player into, the Spurs are the best example of this in the NBA but other great examples are Coach K at Duke and Jim Boeheim at Syracuse.  All these coaches do an amazing job of not just signing good players, but good players that fit their system. A corporation is no different, look at the most successful companies and now think about their employees. Everyone knows what an Apple worker looks and talks like at their Genius Bar. You can walk into any Chick-Fil-A in America and you know you’re going to get a serving, respectful worker willing to go the extra mile for you. These companies hire the people that fit their DNA and that’s why they are great.

No Love – Okay, I’m not saying he should be in love with his players or team, but I am saying he needs to show the love. Other than Kobe he rarely, if ever lifted his players up. When they did good he would point out the one bad thing they did. When they did bad, he would belittle them and many times bench them for extended periods of time.  Nothing was good enough for him and nobody was deserving. Take in contrast a coach like Pete Carroll, who has one of the toughest and hardest playing teams in the NFL.  He is practically a cheerleader on the sidelines, gives the credit for every victory to his players and gushes about all the positives of this players every time he’s in front of the camera. He may be on the extreme end of things but he is a great example of the power of loving up on your players and team. It’s important to lift your people up personally and publicly. They will work harder for you and you will see them in a better light as well, sounds like a win win to me.

Coach Scott will probably never coach again but he can still be successful in his life if he takes the lessons he learned and applies them to his life going forward. We can all learn from this, see our failures for what they are and learn to be better people, leaders and difference makers in this world.